Cllr Carew's Civil War find, sheds a new light on the use of the Walldown Hill Fort at Whitehill

An inconspicuous find last year in the garden of East Hampshire's Chairman Adam Carew sheds new light on the history of the Walldown Earthwork in Whitehill. The 4 inch find discovered by Cllr Carew whilst digging in his Whitehill garden during lockdown, indicates that the Iron Age Hill Fort behind his house was indeed, reused during the English Civil War. 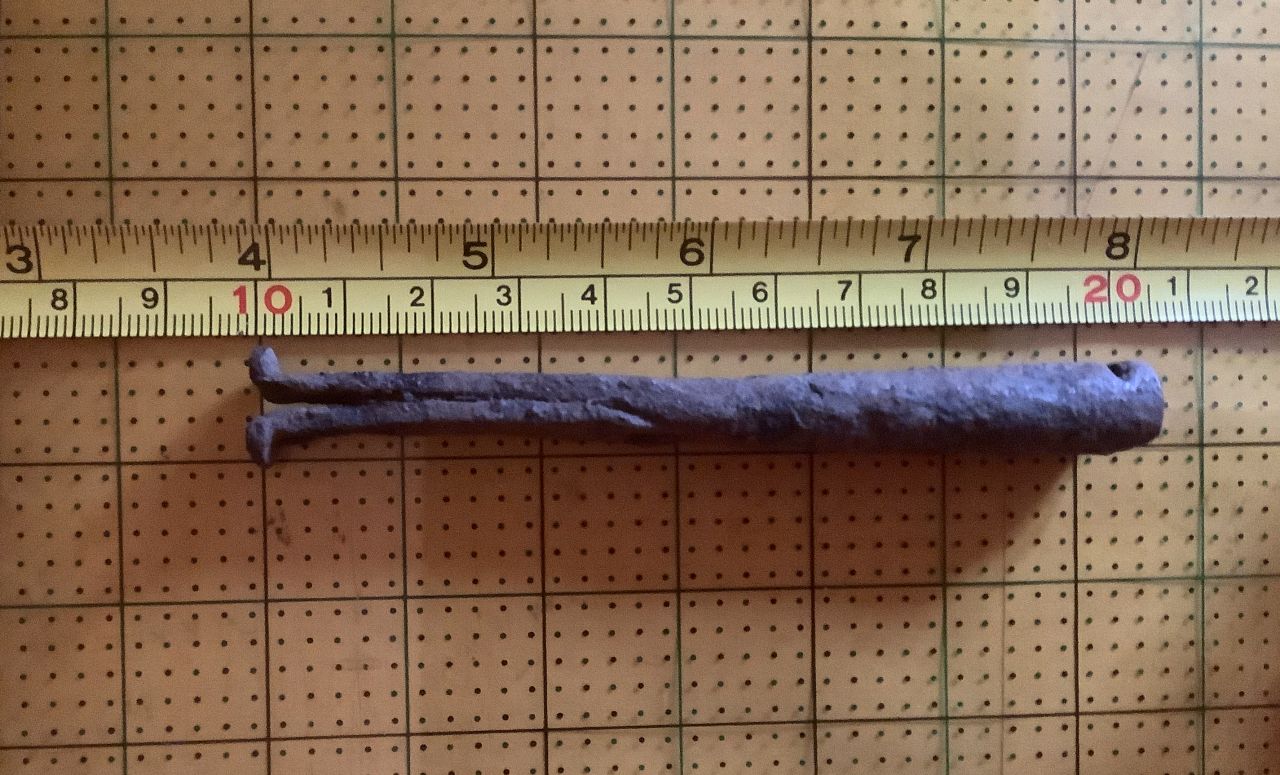 Councillor Carew who is also a qualified Historian stated..

"I didn't think anything of it at first. I was planting native trees and this was a few inches below the surface. I first thought this was an odd piece of iron stone (Ferruginous Sandstone) which is common in our sandy soil. I brushed it off and realised it was some sort of tool or perhaps part of the Edwardian iron rail fence that runs along the top of our garden. I showed it to my friend local Archaeologist David Graham who believed it to be a barrel reamer for an early pistol or musket. He spoke to his contacts at the Royal Armouries and reported it to the Portable Antiquities Scheme on my behalf."

"I was amazed when news came back that this insignificant little corroded object was actually a scourer for an Arquebus which is a very early form of gun used between the C15th and C17th Centuries and was actually quite rare. Early guns such as the Arquebus were not very accurate and created as much smoke, noise and fear on the battlefield, as damage, they were very heavy and would have been used with a forked rest to steady it, but they had the ability to pierce armour such as breastplates. Arquebusiers carried a bandolier containing pots of black gunpowder known as Apostles (as there were typically 12 of them). The gun would have been loaded from the muzzle end rather than breach loaded like a modern rifle. According to the Royal Armouries these Tudor style guns were still in use at the beginning of the English Civil War two centuries later being a precursor of the musket and almost certainly Parliamentarian."

The Keeper of Fire Arms at the Royal Armouries said..

"This is indeed a scourer or scouring stick - the iron portion of course, the wood having decomposed away. This is very likely a scourer for a "CALIVER" (an early-mid-17th century form of arquebus), based upon the diameter of the head. By the advent of the English Civil War these were obsolescent (supplanted by the much more powerful musket) but still around and certainly used in the early years of the English Civil War, such as Parliamentarian 'Trayned Bands' (militia) units."

"This is an unusual object - we don't appear to have recorded anything like this before, so I have flagged the record as a "find of note" for the county."
Antiquities Ref:HAMP-3E4111

Although it has no monetary value this is an exciting find. Until now we had no definite proof that there was ever any English Civil War activity on the Walldown, Scheduled Ancient Monument, in Whitehill. The theory came from archaeologist Malcolm Lyne (who discovered the Roman potteries at Alice Holt) who believed it may have been used as part of a chain of Royalist defences. This new find confirms Civil War activity although it seems more likely to have been Parliamentarian.

The wider area was a hotbed of military activity in the 1640s we had major Civil War battles at Alton and Cheriton, Farnham Castle changed hands twice during this period, Crondall was a Parliamentarian command and control centre and further away there are the battles of Winchester and siege of the Royalist stronghold at Basing House. Both Royalists and Roundheads were keen to take control of the iron works of the Weald to make everything from swords to field guns and some of these were as close as Bramshott and Hammer Vale. Woolmer Forest along with its twin forest Alice Holt provided oaks for the Navy at Deptford in Charles II's reign so there is no reason to think this area was not used in Charles I's day, although the Navy came out decisively for Parliament.

What we don't have yet are any written evidence regarding Civil War manoeuvres in this area. That's why archaeology is so important. 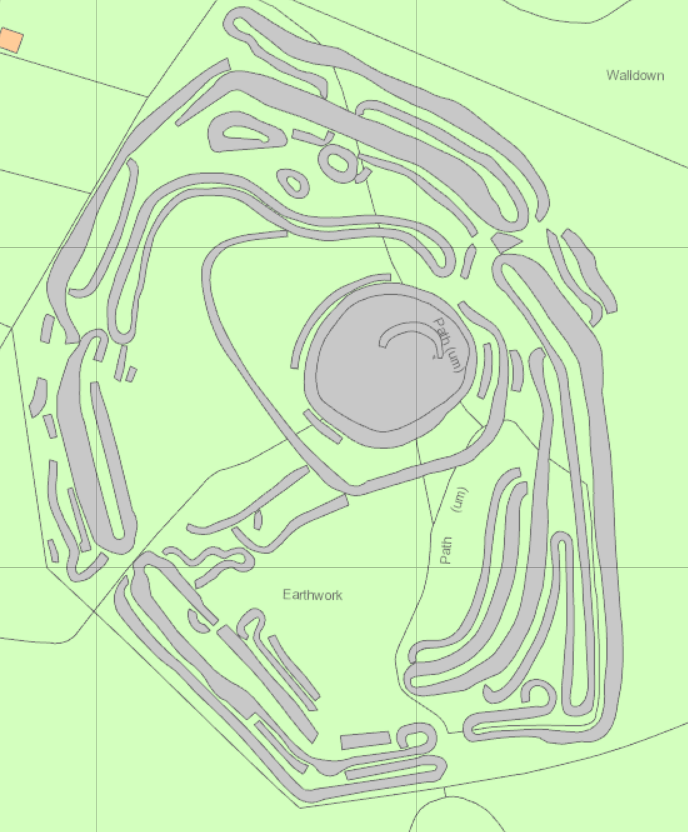 
Cllr Carew went on to say..

Whether there is anything else out their remains to be seen. What I would expect to see would be musket balls, so if anyone along Forest Road finds anything in their gardens please contact me, or Woolmer Forest Heritage Society and we can record any finds and send them over to PAS - Portable Antiquities Scheme.

When I was boy in the 1970s there used to be a lovely elderly couple at an old heathland longhouse in Forest Road called Bramley Cottage. They were keen gardeners and sold their vegetable produce from the gate. One day my mother (a regular customer) being an archaeologist was called to look at a corroded old gun... I think a musket, that was dug up in their amazing garden. The original cottage is long gone but I believe they were the parents Harry or June Burgess who took over the property. They too have moved but I gather may still be in the area. I would be really keen if they knew anything about that find or better still have kept it, as it may well have been the Arquebus to which my scourer belongs.

I am no expert on English Civil War defences but although my belief that the inner trenches on Walldown are Boer War or First World War may be accurate some of them may be date back to this earlier English Civil War(s) period. There are number of trenches outside the original English Heritage fence and we really need to get these recorded too and examined. I have already spoken to County Archaeologist and Historic England to notify them of this find and suggested we all take another look at Walldown. The site which belongs to the Town Council is on the national At Risk Register due to constant erosion of its sandy banks and these really need to be properly stabilised so the place can be enjoyed by future generations.

Map of the Walldown Monuments location in Whitehill Parish

There have been a number of significant finds in and around Whitehill & Bordon since Covid …. due in part to people spending time walking in their own area, .....(more on these in following weeks)..... our area has produced significant finds over the years from one of the best Mesolithic sites in Britain on the Warren discovered by archaeologist William Rankine in the 1950s, to Bronze Age weapon hoards, 29,000 Roman Coins dating to the Battle of Woolmer in AD 296 between Emperor Constantius Chlorus and Allectus - Usurper Governor of Britain, not to mention having the highest density of Bronze Age round barrows of almost anywhere in Britain outside Salisbury Plain.

There are so many nationally important finds from this area in the vaults of other museums from Farnham, Haselmere and the Curtis in Alton to the Ashmolean (Oxford) and British Museum, there is even a rare Bronze Age Lorgnette Ceremonial Spear from Whitehill on display in the Metropolitan Museum in New York !

This is exactly why we need the planned Museum in Whitehill & Bordon to tell our area's story from the Stone Age to present and to display our finds here where they were found. This is also why I have chosen Woolmer Forest Heritage Society's long running Museum Project as one of my EHDC Chairman's Charities this year. It is hoped the town's new Museum will open next year in the former sergeants Mess Building in the new Town Centre. I can confirm the Arquebus Reamer will be offered to WFHS as one of the exhibits.