During WWII Bordon had its own road block consisting of 8 concrete anti-tank cylinders which were used as part of the British anti-invasion defences of 1940. This was a little after the fall of Dunkirk, when the German army was believd to be just on the other side of the channel, ready and prepared to invade the UK at any moment. 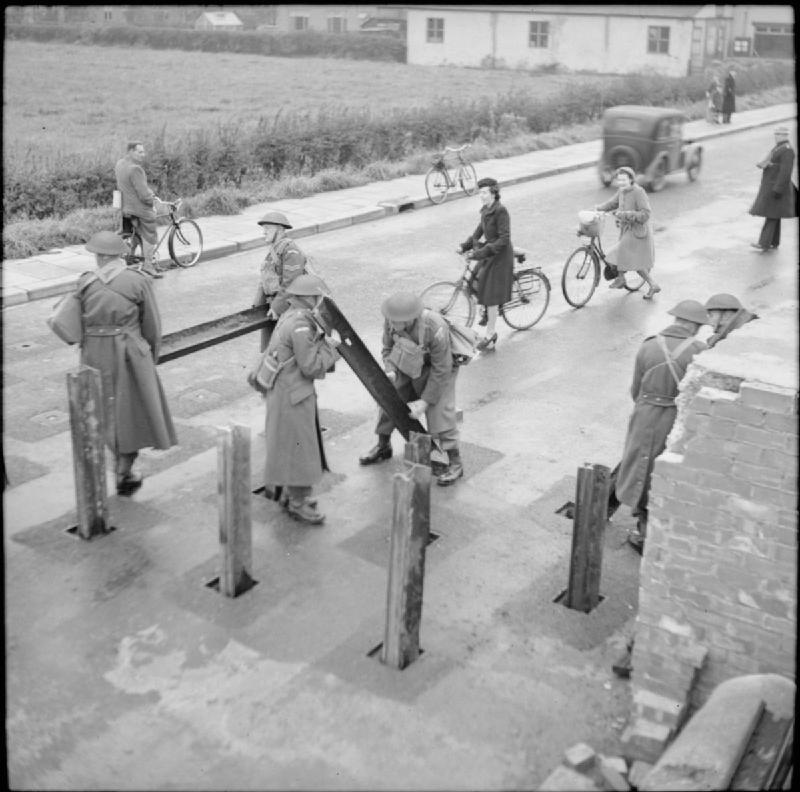 Around this time there was a mad rush to build defence lines and other defence emplacements. Many areas around the UK had one at least of the following emplacements.

Other man-made defences abounded such as ditches being dug or walls built, sometimes with the addition of barbed wire.

One part of these defence lines was just down the road at Waverly Abbey and there is a Pillbox at Sleaford close by Bordon. There are various other defences scattered around the countryside. 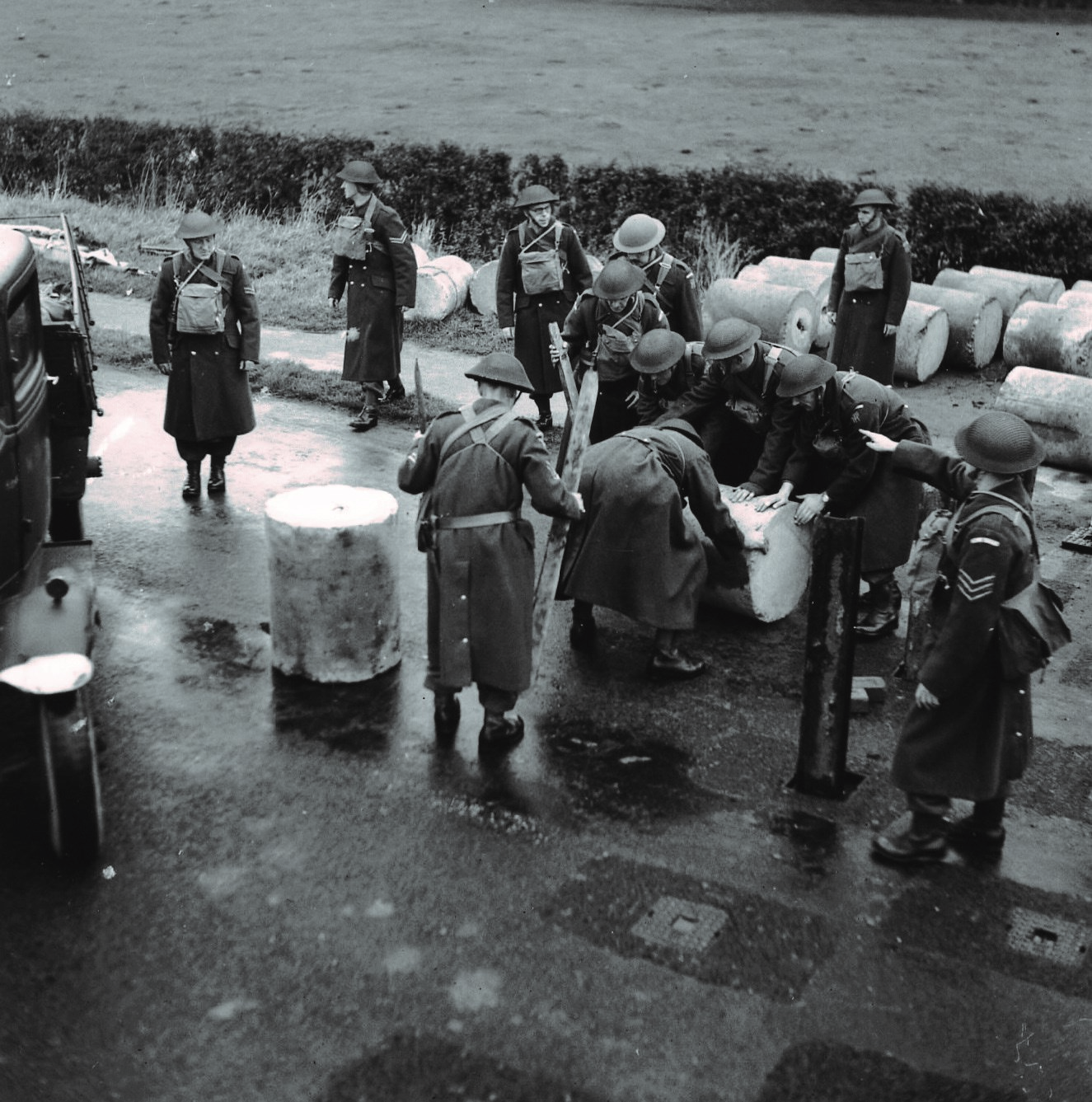 One of these defences was the road block, the remains can still be seen today just outside of Bordon. It is situated along the left-hand side of the A325, just past the turning to Broxhead when heading south from Farnham. The remains consist of 4 Concrete anti-tank cylinders laying hidden in the road side verge, both on their sides and upright.

The Local population did record their use during the war as there were originally 8 cylinders in total and the road block was usually manned by the Home Guard. The location would have been an ideal spot as one side of the road opposite the common is a high steep bank making it impossible for even a tank or vehicle to pass.

Usually these check points have metal sockets buried in the road surface for the insertion of steel girders or metal poles to enforce the road block which may be still there. The tops of these cylinders had metal loops in them, cast in when the cylinder was made. The reason for this was,

The chaining of the blocks together would reinforce the road block and further hinder the passing of a tank or other heavy enemy vehicle. 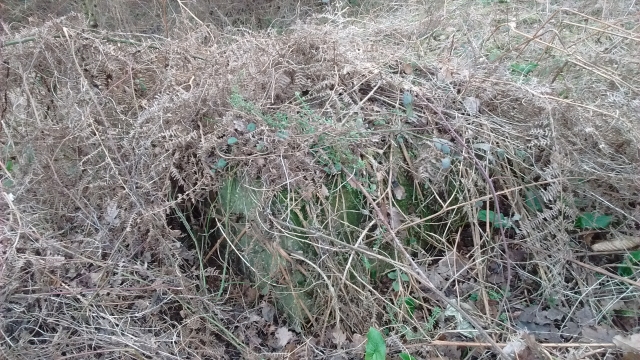 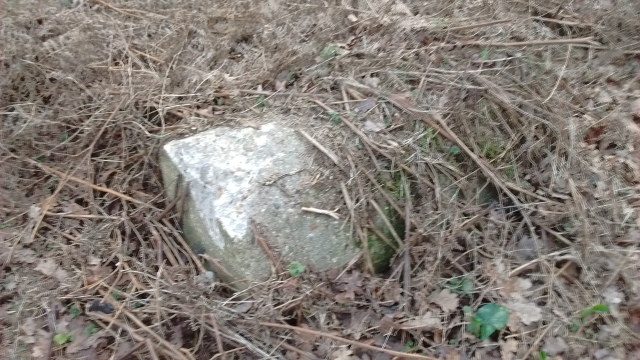 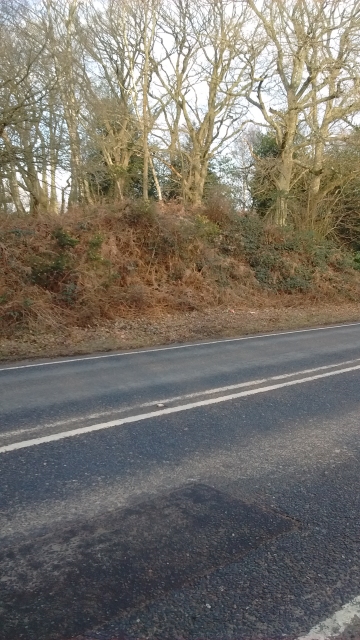 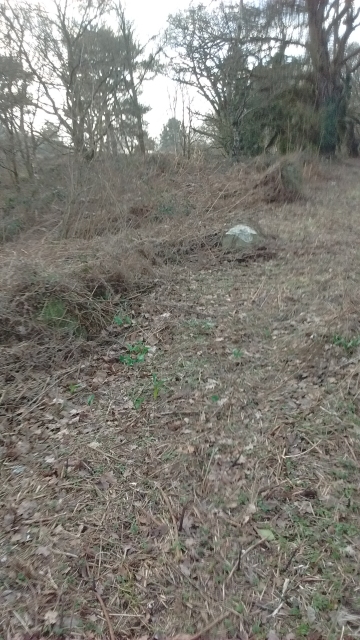 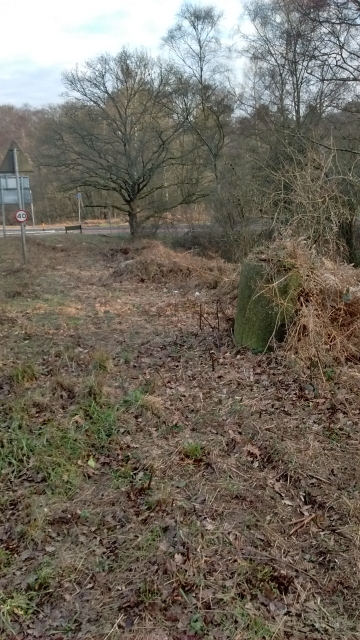 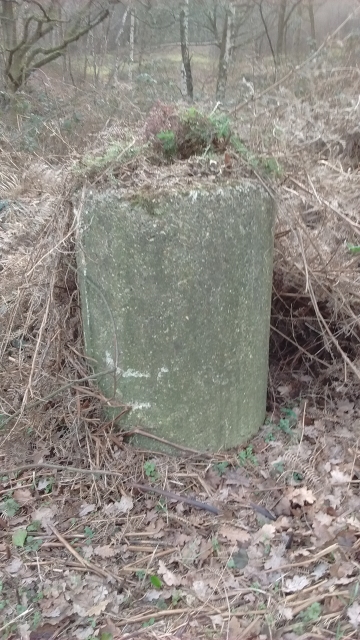 I think it would be nice to place these cylinder blocks in a better place (made visible) and to locate the missing 4 so that they can be seen as a war time memory of the threat of an invasion in 1940. Maybe they could be painted again as they still have some of the original white paint on them.