Training in Bordon during the nineteenth century.

In 1863, large tracts of heath land together with some pine woods were bought from the Commission for her Majesty's Woods and Forests by the War Department. The troops training here came from Aldershot and the only way to reach the area was to march, a distance of some 20 miles.

This necessitated overnight stays under canvas using the land to the east of the A325 as a camping ground; the land now occupied by St. Lucia and Trenchard Parks. It was then only a short march to the training areas at Hogmoor and Longmoor. 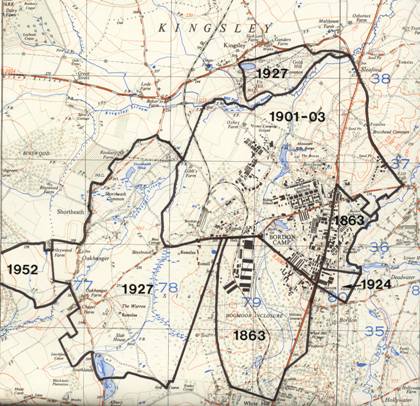 Land bought by the War Department