The period begins with the accession of James I, which was followed shortly after by the gunpowder plot.

Religious feuding was to divide the nation and ended with the Whig Supremacy and the importation of a protestant monarchy at the "Glorious Revolution" in 1688.

The English Civil Wars (1642-49) raged around this area with major battles at Alton, Basing House, Winchester and Cheriton. It is likely that the polygonal banks and ditches at Walldown, superimposed on a much older earthwork, is part of a Royalist chain of defensive works that run on a line SE of Bentley. In 1710 Queen Anne stopped to review her herds of red deer at Queen's Bank on Woolmer on her way from Southampton to London. 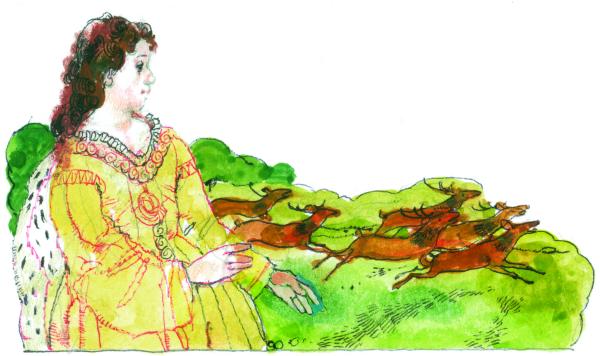 A stone marks the spot to this day. The red deer were removed to Windsor around 1750 following decimation of the herd by a poaching gang.