Gilbert White - published his Natural History of Selborne in 1789 View Here or Download Here. Woolmer and Walldown are both mentioned in detail as they were then part of Selborne Parish. White refers to a bower being built on Walldown at St Barnabus' Day (Midsummer Solstice - 21st June) which he believed had origins in our ancient pagan past. 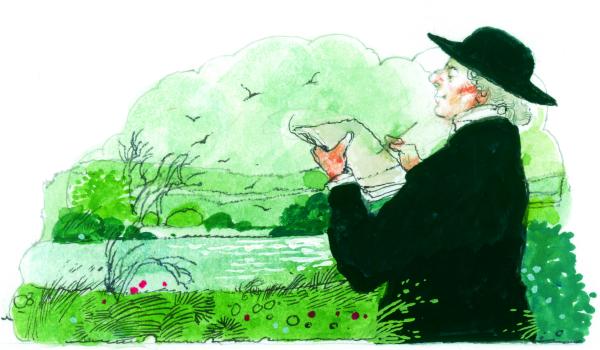 Wide Drove roads connecting farms to local markets, an example is Drift Road in Whitehill. Washford Lane leads to Wash Ford which crosses the River Wey between Deadwater (Bordon) and Lindford it is likely this was used to wash livestock.

In 1823 Radical MP William Cobbett (born and buried in Farnham) passed through Woolmer to Selborne and observed that malme clay "very nearly came up to my horses' belly" Mills and water meadows were a common sight along the River Wey. The practice of "drowning" low-lying meadows from adjacent rivers was to provide "first bite" of grass for fattening sheep. Examples are found at Liphook, Passfield, Lindford and Hollywater. The Parliamentary enclosures of common land (1750-1850) saw a great expansion of hedgerows. Though unpopular at the time, they have become a haven for wildlife. Interestingly, many commons still survive at Broxhead, Kingsley, Shortheath, Slab and Passfield.

Many oaks were removed for naval timbers during this period.

Around 1830 failing harvests, low wages, rising clerical tithes, workhouses, new threshing machines and unemployment led to the agricultural disturbances across the South known as the "Swing Riots". This area was no exception and angry labourers pulled down workhouses at Selborne and then Headley with machines being broken at Kingsley. Some rioters came from Hollywater and must have passed through this way en route from Selborne to Headley reportedly stopping to refresh themselves at the Hollybush Inn at Headley.

Workhouse conditions varied but by the 1830s the concept of harsh workhouse regimes and forced labour for those reliant on the Parish for financial assistance had begun to spread. Work houses had been established at Selborne and Headley in 1794 and 1795 respectively. These new "deterrent workhouses" as adopted at Fisher's Cottages in Selborne became the national model under the 1834 Poor Law Amendment Act and were designed to brutalise and stigmatise the so called "undeserving" poor.

The reaction of the riotous crowd to the two workhouse overseers however is markedly different - Harrison, the Selborne overseer, who allegedly ran a brutal regime had to flee for his life whilst rioters had no quarrel with Shoesmith the overseer at Headley and asked him to stand-aside whilst they dismantled the workhouse. 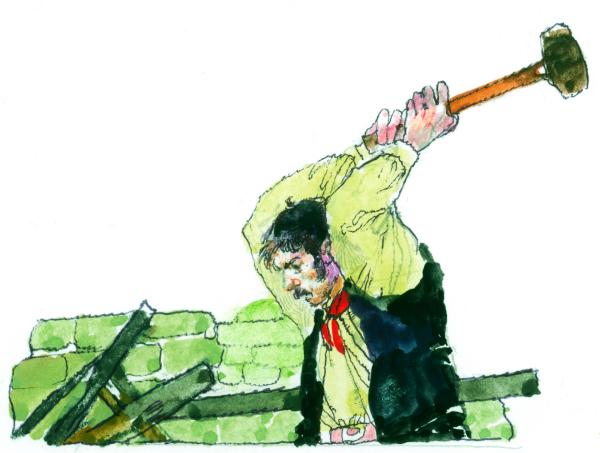 (Artist Impression of the Swing Riots of 1834)

In absence of a Police Force - Dragoon Guards were called out from Gosport and stationed at the Royal Anchor Liphook ....which they then drank it dry. Special Constables were sworn in by local JPs. Rioters were systematically hunted down, arrested and taken to Winchester prison, some were gaoled, others were transported.